What a year, huh?  Biggie had just returned home to his mom after nearly a year of living with my wife and me when the quarantines arrived due to the pandemic.   His mom finally found a real job, so he went home to be with her.  Literally the next morning the announcements of quarantine hit us like a lightening bolt.  Since that time we have seen him only four or five times.  Once when I had to deliver something to his mom, and several times when his mom had to go out of town for a few days for her job.

This social separation from my part-time dog is difficult for me, so the best thing I can do is call his mom for some FaceTime with Biggie.  (Biggie doesn't have his own phone yet.)  Somehow it’s just not the same as being with him, and honestly, I don’t think he really understands it.  When I talk to him, he seems more interested is sleeping, or some toy, or just sniffing of something.  Once I thought he barked for me, but then I realized the mail was being delivered to his home.  Oh, well. 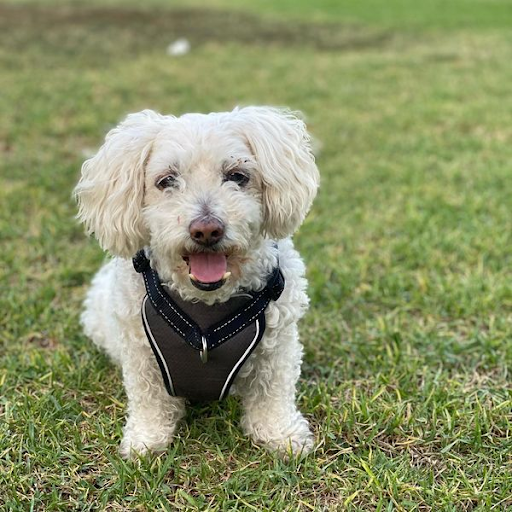 Biggie is now fourteen years old, and in a few months he will add another year.  He has slowed down a little, and he is missing a few teeth, but he is in good health overall.  Last year, just before the virus reared its ugly head, Biggie developed a growth in his left ear.  At first I thought the growth was just a skin tag, but in just a few weeks it was larger than a marble.  The first vet he visited to said he would need to remove the entire ear in order to biopsy the growth.  NO!  The second vet took one look and said no problem.  This is an easy removal and Biggie should be perfectly fine in a few days.  Out patient surgery.  No hospital time.  And a couple of thousand dollars less than that first vet.  I really don’t think Biggie even realized the surgery took place.  He was a happy dog before the surgery, and he was a happy dog afterwards.  Then he went home to his mom.  Very happy dog.

As I was writing the above paragraphs I got a call from Biggie’s mom.  She is going out of town for a week.  Could I pick him up tonight?  Before we ended the phone call, I was in the car and on my way.

Biggie is now home with me.  Yea!  I’m a happy dog, uh, guy right now.  Just as I walked in the door to my home, Biggie’s mom called to FaceTime with MY dog, and Biggie responded to her voice for a moment.  Only a moment.  He then ran into the kitchen and woofed at the cabinet where I store his treats.  Yes, he has his priorities.  Snacks are more important than anything else, and I agree.

Now FaceTime with Biggie has a new meaning, or at least for a few days.  This is the real thing.  His face and my face with no phone in between.  I’m a happy, uh, guy.